When Will Cell Phones Be Charged With Solar Energy? 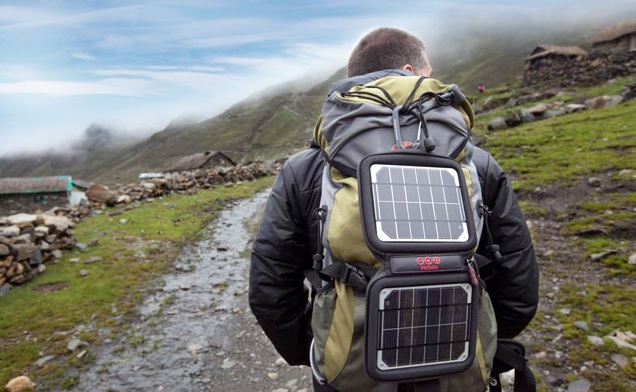 We are starting this article with information that will surprise you a lot, the phone that charges with solar energy was produced years ago, not 5, not 10, not 15, but exactly 25 years ago!
The world back then was very different from what it is today. Nokia was the world's largest mobile phone manufacturer. In the 1990s, Nokia phones were so popular and purchased that Nokia's mobile phone supply could not meet the demand. Whatever Nokia did in those cool days, it was followed by the world media like Apple today. As the industry leader, Nokia also took the lead in solar energy and announced in January 1997 that it would launch the world's first solar mobile phone, the Nokia 1611. This phone wasn't going to be solar-charged only, which was an option for those who wanted it. The launch of this phone, which is an important innovation even today, was held in a cool place. In September 1997, the highest altitude mobile phone call in the world to date was made with the Nokia 1611 from Mont-Blanc Hill in France. However, exposing the phone to the sun's rays did not provide a serious benefit to the charge, it kept the charge stable at most. Most of the users were charging the phone with electricity in the classical way. Despite increasing the production costs significantly in the following models, Nokia shelved the issue of solar energy, which did not make a difference in sales.

Exactly 12 years after this first attempt, another manufacturer produced a solar phone. In July 2009, Samsung first launched the E1107 (aka Solar Guru) model in India, and a few months later, another solar-powered phone, the Samsung S7550, aka Blue Earth, started selling in the same country. Except that the Samsung S7550 is solar powered, it was produced by recycling waste plastic water bottles, which is why they named it Blue Earth. Sustainable environmental awareness was not the only reason why these eco-friendly phones were launched in India. In 2009, in many poor areas of India, there was either no electricity or regular flow could not be provided. The situation is not much different for India today; These phones were produced so that they could be used independently of electricity in such backward regions. Prices were also very reasonable compared to other phones, the E1107 was only 38 USD, the S7550 was 110 EUR. Samsung's claim was that the S7550, which has a solar panel that covers 80% of the phone's surface area, will provide at least 10 minutes of talk time or 2 hours of standby time with just an hour of charge under sunlight. However, since both phones were only charged enough for 2-3 minutes of calls despite being left in the sun for hours, both of them could not solve the problem in regions without electricity and were soon deleted from the market.

Let's not forget, not only Samsung did this experiment in India, LG also launched the solar powered GD510 model (which was known as LG Pop in some regions and LG Pep in some regions) in October 2009. In fact, just like Samsungs, it made a very fast debut and sold more than 1 million copies in just 4 months. The LG GD510 was also in the affordable category, priced at just 80 EUR. Yes, although phone prices per unit are cheap for both Samsung and LG, both companies chose the right market considering the revenue to be gained from the version in India with a population of over 1 billion. However, users were not satisfied with the optional solar-powered charging of the LG phone, this phone could not solve the problem in the regions without electricity, and soon this model stopped selling.

Finally, we can talk about a solar-powered phone trial that appeals to a different segment. Exactly one year after these trials, Puma joined forces with Sagem for a mobile phone that includes active life measurements such as bike tracker, run tracker, pedometer, and released the Sagem Puma M1. This phone cost 400 EUR, was one of the expensive phones of its day, and was aimed at both the environment and fitness-loving audience. However, at the launch, they announced that the main purpose of the solar panel is not to fill the charge from start to finish, but only to maintain the battery level of the phone while doing active sports outside. However, it soon became clear that even this goal could not be achieved.

So what was the problem? Why did all the highly competent and successful companies in this field fail in this regard?

Actually, you don't need to be Einstein for the answer; solar energy If we look at why it is used less than targeted in other areas, we can easily find the answer we are looking for mobile phones.

The first answer is one of the economic rules: Economies of scale, meaning economy of scale in Turkish, that is, a decrease in cost while the production of a good increases. Since solar energy production has not become widespread yet, the cost of its production is still very high; As this usage increases around the world, the cost of producing solar energy is also decreasing. This is clear, it is worth saying that the costs have decreased even below 1 percent when compared to the first days, but it is still much more expensive than generating energy from fossil fuels.

In fact, the high cost is only one of the problems, the biggest problem in solar energy is that we cannot reach it whenever we want. Simply put, there is no sun at night, we need to be able to store solar energy in order to use it at night, which is the shortest sun deprivation in countries like ours. Imagine that you are in a misty, foggy country like England, where the sun does not show much, or worse, if you lived in Finland where it lasted for months at night, you would have to have a very serious investment and space to store solar energy.

Another important issue is the size of the solar panels required to generate energy, yes, you can meet almost all the energy needs of the house when you cover your roof with solar panels from one end to the other, but no matter how big a mobile phone you use, the surface dimensions of the existing mobile phones in the market, a solar panel that will produce the required energy. insufficient for the implant.
Since we are not one of the environmentalists in Polyanna, who claims that solar energy will solve all our problems, we approach the issue cautiously, but the village that appears does not want a guide. If we continue to consume fossil fuels at this rate, solar energy will be one of the most important of the limited resources we have in the near future, just like wind or water. Then we will use solar energy more widely, even if it is compulsory, by bearing the cost. Probably during this expansion, manufacturers also technologically As they progress, they will be able to generate and store higher energy on more compact solar panel surfaces, so it may come as no surprise that we get our hands on our solar phone in the next 10 years.

But we have good news for you. Even if you don't have a solar cell phone, you can use your existing phone anywhere outside, you don't have to be tied to a wall, you don't have to carry a suitable plug, charger or powerbank with you at all times, and most importantly, you don't have to be stuck at home until you're full: Because now you have Porty !
Thanks to the widespread network of Turkey's first rentable powerbank, Porty, you can easily rent your portable charger and continue to do whatever you want freely as soon as the charge starts to decrease. (https://apps.apple.com/tr/app/porty/id1576161891 & https://play.google.com/store/apps/details?id=com.sharing.porty)
All Powerbank with Porty Take advantage of the benefits and get rid of the harms!

Porty power bank for rent Thanks to this, instead of spending a significant amount of money in your budget to buy a powerbank, rent a mobile charger at an affordable price, easily pick it up from the nearest Porty point when you need it, quickly charge it and leave it at a nearby Porty point whenever you want, so you can continue to carry the powerbank when you don't need it. Also, thanks to Porty, stop the powerbank filling business, which is a problem when you have your own powerbank!

Charging problem with Porty is over!