Protect Your Battery and Environment with Porty 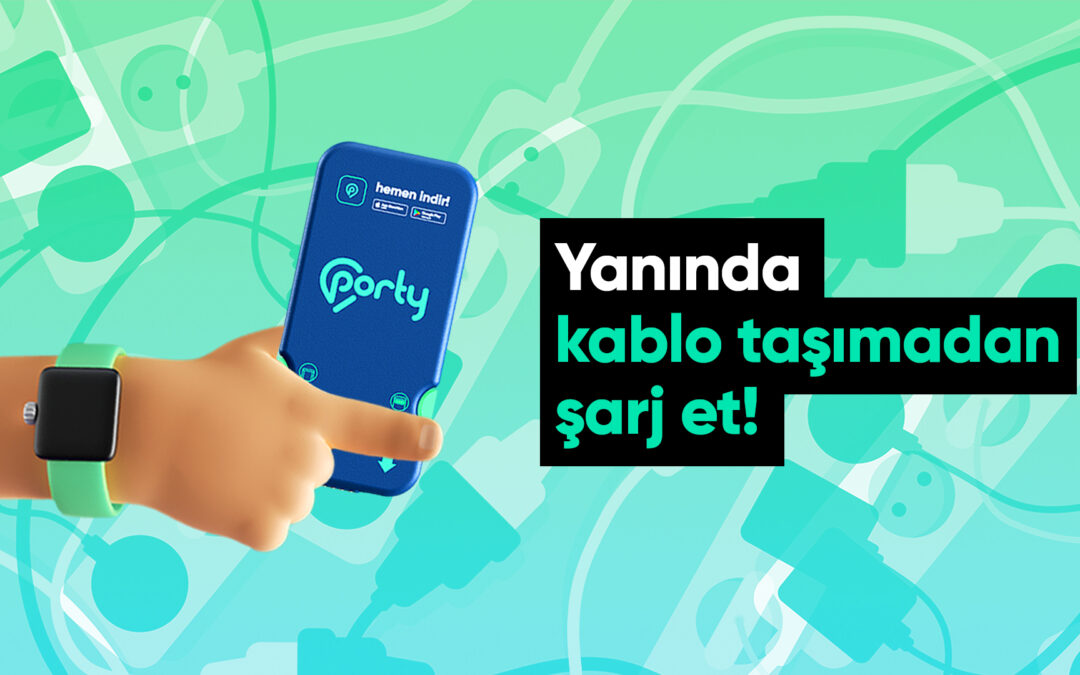 Have you ever thought about how the powerbanks we use to charge our phones harm the nature? Do a little research and you'll see how much more there is. As such, eyes are turned to environmentally friendly projects. Spreading rapidly, Porty made up her mind to eliminate this problem.

Porty, which draws attention as a sharing economy product, aims to balance the use of resources that have become very expensive around the world, and also contributes to raising awareness about reducing personal consumption. Setting out with the goal of production based on sharing, Porty offers a very effective use for sustainability as well as reducing global financial costs.

How Does? With Porty rentable batteries that increase the number of them gradually. Because Porty eliminates the necessity of keeping your phones charged all the time with its charging stations. As its use becomes more widespread, it automatically contributes to sustainability.

According to researches, powerbank sales are decreasing in countries where rentable powerbank service is widely and frequently used. Each leased powerbank prevents the purchase of up to 12 portable batteries. This reduces unnecessary consumption and therefore greenhouse gas emissions.

At least 2 kg of CO2 is released into the atmosphere to produce just one powerbank. When Porty completes the first phase installations, 500 thousand powerbanks will be rented. This will potentially prevent the purchase of 6 million powerbanks. Thanks to the powerbanks that are rented instead of purchased, production will decrease to the same extent, and carbon emissions of more than 12 thousand tons per year will be prevented.

Climate change is one of the most serious global crises to be experienced in the future. To prevent this and reduce its effects, we have to reduce fossil fuel consumption and greenhouse gas emissions. You know that lithium is one of the key elements in our transition from fossil fuels to a cleaner, greener future.

In 2019, the Nobel Prize in Chemistry was awarded to scientists who developed lithium-ion (Li-ion) batteries, which form the basis of the fossil fuel-free economy. Li-ion batteries can safely store large amounts of energy and provide stable and safe electrical flows in both stationary and mobile modes.

For this, products that use promising clean technology such as Li-ion batteries come to the fore. Porty also proves that it is environmentally friendly with the batteries used in its production. Because it is produced from lithium, which is considered the white gold of energy. Thus, it contributes to the protection of nature at every stage from production to consumption.